Subaru’s new Global Platform has recently been revealed by Fuji Heavy Industries (FHI), and the state-of-the-art technical structure will form the basic foundation for the firm’s next generation of vehicles. The first new model to use the Subaru Global Platform will be the company’s brand new Impreza, due out later this year.

As the latest addition to the company’s six-part initiative, the new structure will complement Subaru’s core technologies in vehicle manufacture, including horizontally opposed engines, Symmetrical All-Wheel Drive (AWD), and EyeSight.

According to DieselCar.com, the main benefits of the new platform are straight-line stability via increased rigidity throughout the body and chassis (up 70-100% over previous models), noise and vibration suppression via a 70% increase in torsional rigidity, and last but definitely not least, comfort.

Safety also plays an important part in the new structure, with the company aiming to achieve the world’s highest safety levels. Improvements include lowering the centre of gravity by 5mm which will promote more stable driving, and the inclusion of an improved frame structure, which will increase energy absorption in the event of a collision. High tensile steel plates enhance body rigidity, and overall energy absorption is improved by 40% over the firm’s current models.

The company has also designed a new single unified concept which is fully adaptable for electrification in the future and is suitable for various vehicles including petrol engines, hybrid vehicles, electric cars and other powered units. This one-design-concept-for-all will allow the company’s factories both in Japan, and in the United States, to produce different models on the same production line, which will increase productivity and adaptability. 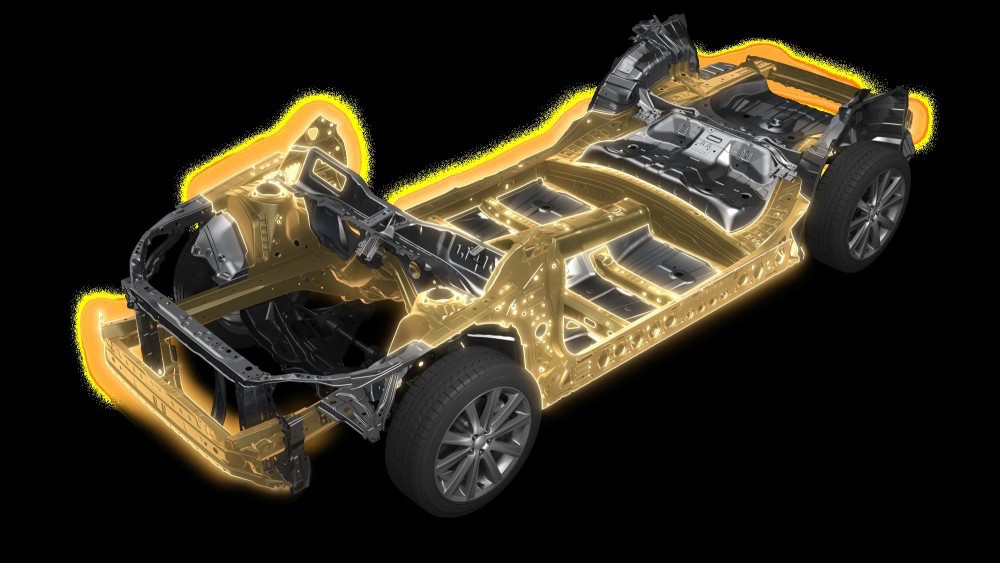